This Excel template is initially made to convert geographic coordinates in decimal to degrees, minutes and seconds. Just the opposite of the template that we had done before, as seen in this example: 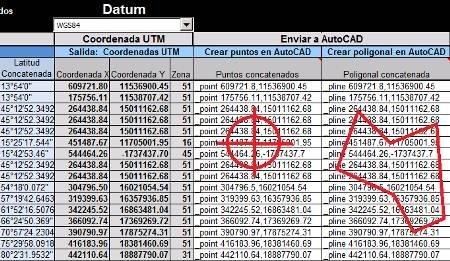 It will be available for free for a few days so as faithful readers can download it.

How is it done?

In the template there are some tips to run this last action.

If you don´t have Paypal, you can buy it with Credit Card.

5 Replies to “Template to convert geographic coordinates to deg, UTM and AutoCAD”