Some time ago I spoke that Manifold can connect to Google, Yahoo and Virtual Earth. It has now emerged the connector to link with Open Street Maps (OSM), which incidentally has been developed in C# by a forum user called Jkelly.

The news appeared this week in the Manifold’s forum, where were both loaded the .dll to connect as the code so that someone can see how it was done and try to invent another smoke (Spanish Idiom: “fumada”, idea).

How to do it

To do this, we must download, by now from Manifold’s Forum, the .dll to be placed in “program files / Manifold System /”, just in the place where the other connectors are.

This allows a panel where you can choose Yahoo Maps, Google and Virtual Earth. Now it should also now be able to see Virtual Earth layers: 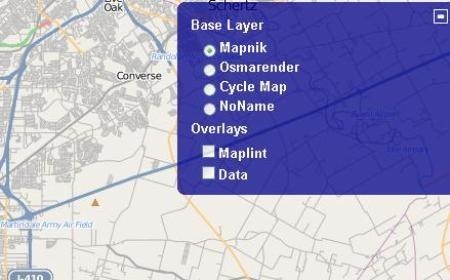 At the end you have an image layer linked as we would see in OSM, and it can be done zooms that can be stored in cache if we decide so at the moment to charge the layer. Also it can be separated, so it would give us the option to choose the pixel size and would keep coverage locally. 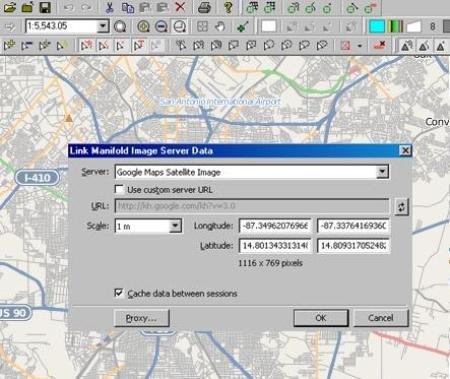 To view in a map, we just have to drag it to the view (map) and the system will warn you that it is not in the same projection, in case it is not the same as OSM. Then on the tab below, from the OSM layer we added to the deployment we do right click with the mouse and choose “use projection” and it’s ready.

It seems a good gesture, before one of the major vector databases online, which as somebody says, stores over 364 million product items from an extensive collaborators’ network. Other products such as Global Mapper and CadCorp do it.

Update: It has also been uploaded a library to connect with Google Earth Terrain.