TRANSLATION NOTES: Please read some comments at the end of this post.

So this topic is too pretentious, I just want to have a reflection on what I can understand. I had started trying to talk about Geopak, but right now I just get PowerCivil, it saves me a lot, I only have to test if everything what it says is so true.

Indeed, there is Bentley’s merit in the engineering field. Integraph history is long in this sense, because since the 70’s there were engineering solutions for main frames, before Microstation existence with that name and before Civil3D’s existence or Bentley’s and AutoDesk’s.

All these engineered products little by little were consolidated in a mixed summarized like this:

If we want to see how Bentley is positioned in the engineering area, we must see this United States map. It is from the transportation departments: 26 States currently use InRoads (52%), 18 Geopack (36%) and 2 MX (4%).

In the case of the engineering corps of the armed forces is somewhat similar, 23 States use Inroads, and 4 uses MX.

How Bentley arrived in this position, it is a credit to Intergraph, who was the owner of InRoads till December 2000, when Bentley bought it entirety and of course also got the portfolio.

In times of Integraph, even InRoads worked on IntelliCAD; the other day I found a version running like a charm (*) a las mil maravillas) on Microstation 95, curious that the man says he does not move from there because he is very happy. Good for Bentley, because I do not think it can find other stubborn user using AutoCAD R12.

In terms of Latin America, excluding Brazil that is another rest, it stands using InRoads:

On AutoDesk’s side, we have seen interesting developments, though not with the same continuity, by partners still alive or companies purchased by AutoDesk. Such is the case of Eagle Point’s line, SoftDesk, CivilCAD, Land Desktop, to name a few. The most recent and what I think is going to stay is AutoDesk Civil3D which include what AutoCAD Map did.

What happens is that AutoDesk has a global positioning in its different platforms, according to a document produced by AutoDesk, 6 million users worldwide use something that runs on AutoCAD and from these, 30,000 are Civil3D users. The latter data sounds enormous; perhaps for this reason the Bentley boys have no other rejoice than when they’re mentioned as the big bug (literal phrase irrigated in Facebook). 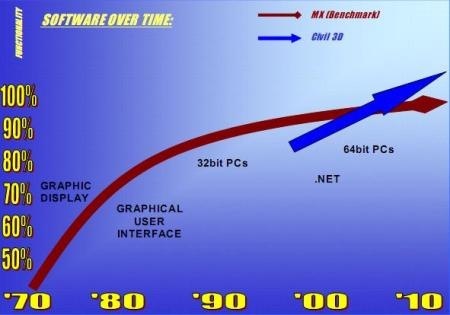 Even though, we can say that Bentley has been happy with its position in the field of engineering, and plant with soooo big customers. Their new acquisitions and developments are intended to strengthening their development towards i-model, XM (no MX), of which have impressed me and now I remember: STAAD for structures, Haestad Methods for water and gINT for Geotechnics.

While AutoDesk is getting more in the animation field, is possible that Bentley intends to consolidate its territory as updating its technology.

Where does Bentley go…

You’ve already seen it, even to me one day it was difficult to understand the InRoads’ flavors, which have logic but for whatever reason always a version falls short in functionality that is only in the other. Hence, Bentley is going to what it calls PowerCivil, including:

In my opinion, is a great idea, especially because in the previous tools, though it always existed PowerInRoads version and PowerGeopak, the rest were licenses requiring a Microstation’s license.

And what about the future of InRoads?

InRoads will continue to be the chickens’ mom for the old users of this field, also for those with a Microstation license and only occupy in purchasing InRoads, with the disadvantages of the different flavors (storm & sanitary, Survey). With this disadvantage it is:

InRoads had good platforms, module, that neither Vulcan. Platforms are used by everyone, architecture, engineering and mining. Nor had drainage (now included in the InRoads Storm & Sanitary version) and topography (InRoads Survey). 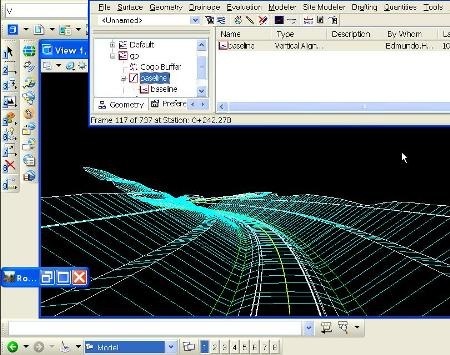 PowerCivil has virtually everything that deals with a user of engineering. The Spain and Latin America versions are the same, with the differences in rules that both bring; the one for the USA is another thing completely different (**). So, if you need to define it:

PowerCivil: Is InRoads with platforms, drainage, topography, MicroStation and in Spanish. 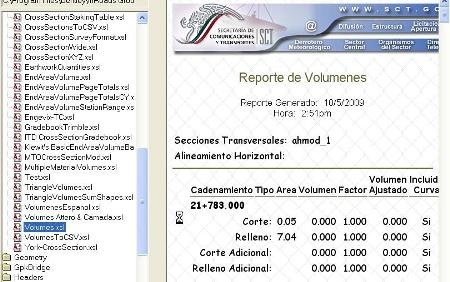 We’ll see how it goes reviewing its functionality.

(*) something goes like a charm. In Spanish the phrase similar to everything goes perfectly is ‘va de mil maravillas’.

(**) another thing completely different. In this case the author prefers to use a colloquial jargon ‘otra onda para los gringos’. In Latin America, we use the word ‘gringo’ to refer a foreign person especially from the USA.