Several years of making cadastre and there is always a very common question. Which is the best method for doing cadastre?

We must admit that this is not a recipe, because there are different conditions that must be taken into account, and each method can have opposite variables in different territories. So this post is intended to clarify this topic; lets take a slow chew of some aspects that may be useful for decision-making, and at the same time rescuing what of productive had been an established discussion forum a couple of days ago. 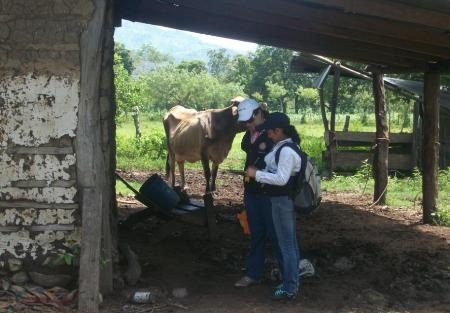 Why municipal cadastre. I clarify this because the post is applicable to an environment in which a municipality wants to make its registry, either by them or with the support of a cooperative project. It’s not applicable for a large project of regional or national modernization, led by a centralized entity, which will be better able to implement the project and have more money to spend … but also more indicators remaining to meet.

The scenario is, therefore, a regular size municipality, which will take up approximately about 5,000 urban buildings in the main towns, about 4 large communities, but with less than 1,000 properties and the rest are rural areas or as they are called furthermore, rustic.

Cadastre, for what? This is a topic important to define, because precisions criteria for cadastre with legal approach shall not be the same if the focus is only fiscal or control in the use of soils. And it’s also important because if there is an assessment methodology, the buildings’ measurement or the permanent valuation of cultivation requires other criteria to make efficient the process.

The priority for a municipality that has no cadastre isn’t in its precision, is to have it at all for use. So here it must be considered methods that are sustainable, that help the end of municipality’s complete surveying, to devote itself for use, update it and improve its accuracy.

Some methods I’ve tried. The last four years we’ve tried different alternatives, depending on the municipality conditions, here I summarize a few:

I’m not saying they are disposable but questionable for projects in small municipalities; in their effect to other facilities that now allow the GPS with raster display or because you can not always have available peers or human resources capable of mastering the technique. The click of photographs doesn’t bring advantages in matters of precision, because only the width of a rapidographs on a printed 1:10,000 orthophoto will be 10 meters plus the accumulated error of the orthorectification software. There is also the question if the edge of a hill that its stereoscopic displays fine but is not seen in print, needs to be discarded because practice shows that this is possible for a technician that uses a conventional method; a rookie will not know what to do on any of the two methods and will better take a couple of points with the GPS for its orientation. And then, with other details like land use interpretation, current remote sensing techniques make a better and cheaper work with the supervised classification.

· GPS + compass. This method is handy if you have little money. I have used in urban areas, taking advantage of a GPS pair of sub-meter precision to process the grid of streets, and using a compass to tie the ends. As it is used tape to measure fronts, the error is moved to the street, leaving a relative boundaries precision in less than 10 inches and an absolute respect to the GPS moorings near the meter. Funds should be measured and taken the bearings with triangulation. It is not appropriate if the survey has legal implications, or if will be given title or cadastral certifications with legal value, for that it would occupied an inspection field deal at the time of

· GPS + total station. This method is functional, because it allows good precision and information in 3 dimensions that sooner or later will eventually be useful. Requires a pair of GPS to georeference the first two starting points, and take a few-enough-control points to prevent an error in the incorrect taking of the back view. You do not need a total station; it can be rented like the GPS points that can be contracted individually. There will always be a need to measure the funds that can be supported on the orthophoto, compass or mooring triangulation which is most appropriate.

Which method I recommend.

If I had to make a choice, it would be by total station. Take a few guys coming out of high school in computing, train them and release for work, functions. Also for a municipality or association or consortium of municipalities, to acquire a total station that walks by the $ 7.000 is not a bad investment, since the use beyond cadastre survey, redesign or engineering projects is a good investment. It’s only needed to look for human resources training.

And here I speak of a conventional total station, it does not apply to robotics in environments where labor is relatively cheap and if you close half an eye your station will be stolen, the mobile … and if you still have it, the honor too.

In conclusion, the one who decides the method must understand that, the cadastral map will always be an inaccurate reflection of reality. And although our measurement is quite precise now, in a few years will be questioned by its relative lack of precision regarding from a mountain on Mars.

The best method is the one that is sustainable with its own funds, whose investment is recovered in short term, with which we will complete the entire municipality lifted in only two periods of government.