There are many myths about it, since some who claim to see the female neighbor bronzing nude to those who find no difference between the versions. Let’s see if we speak from this topic with a couple of examples:

1. Yes, there is difference in resolution

What happens is that the difference in resolution is for output purposes, if you browse through images you will not notice the difference, but if you save the deployment as a jpg image or print a larger coverage then you may notice it.

This is an example of an apple; if I save the image at an elevation of 130 meters, notice that there is no difference. The picture on the right is from Google Earth Pro, watermarks are because of trial version; when opening the same box with the Google free version, for a strange reason it has a slight rotation. I suppose it is one of the tricks that Google use to fool people. 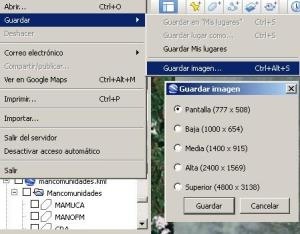 Now look what happens if I move away at an altitude of 11,45 kilometers, when saving the image with the free version, the file measures just 800 x 800 pixels. When you save it with the pro version, gets up a tab to choose the resolution, up to 4,800 pixels.

At first glance the two images look the same, but pay attention to the urban community indicated in the yellow arrow.

If I approach it is noted that there is a resolution difference, and the difference is clearer if I get near the level of the block marked in the box. 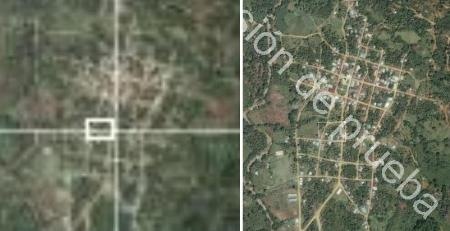 And this is called output resolution; to save that image to that resolution with the free version it would have been taken a mosaic of 7 x 7, equivalent to 49 screenshots which would need to be joined. Or, of course using Stitch Maps with which it can be downloaded in mosaic. 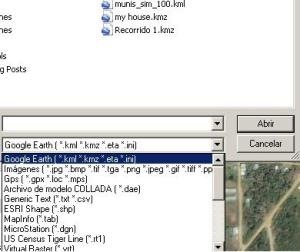 The same applies when printing; imagine you want to send by plotter, on photographic paper, the image of the urban community. It is literally impossible using the free version; with Pro version it would be done with great success.

2. The images’ base is the same

Images between the two versions are the same, where there is no high resolution, there aren’t. No matter the Google Earth version you have.

When purchasing a license for Google Earth Pro it can be opened files such as:

Another important feature is that you can thematize maps based on criteria and apply templates.

Here you can download Google Earth Pro, trial for 7 days.