Fdo2Fdo is an interesting application that serves not only to convert shape format files to kml’s as it’s announced in this post in a poorly way. For now, it becomes an alternative after shp2kml’s death which, according to its creator’s rules, has apparently expired 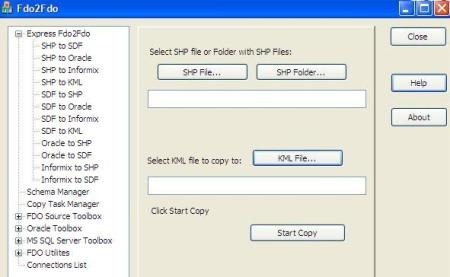 Seeing its capabilities it turns in a great surprise considering that it’s a tool for free.

I’ve met it accidentally in Cartesia, it was built by Sl-king, with rights reserved as displayed in the About and in the practice it’s made for spatial data conversion using FDO (Feature Data Objects) which is all a complex thought (smoke) that emerged from Autodesk and other efforts that ended in MapGuide Open Source.

So it’s not expected that this simple tool could only be used for converting files; it can convert spatial data from different platforms such as Oracle, SQL Server, Informix and MapGuide apart from discrete files as kml and shape file. 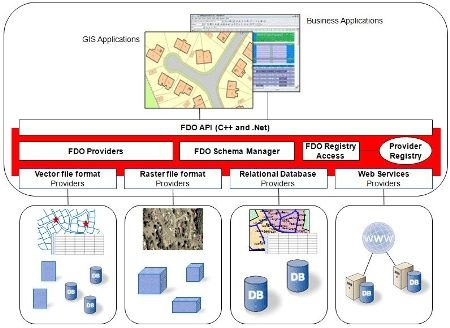 The interface is very simple; for each conversion has options to change entire folders or individual files, user and password in databases cases like Oracle. It’s possible to make shp format conversions into spatial formats such as:

Similarly, it can be converted from sdf format to:

Using data from Oracle and Informix, with the express tools it can only be sent to

It must be seen!

The application must be carefully scrutinized because it has great potential, it early surprises because weighs about 30 MB but after watching how it works you can understand the ‘why’ of this. You can even configure a schema file which defines the parameters of copying, adding, replacing, and many more things between different data managers. 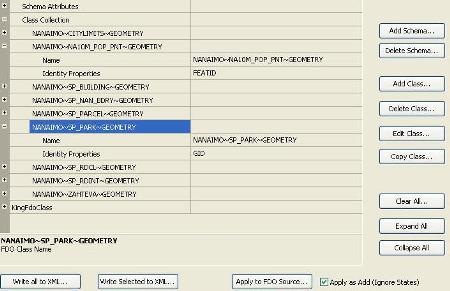 The Help tool is rather confusing (Spanish Idiom: ‘destrompada’), at least I couldn’t access the .chm file, but it’s not important. In addition to the GUI, there is a utility for command line and an API.